The basics of a film trailer cue

Film trailers aim to make you feel all the emotions of a two-hour movie in two and a half minutes. It’s like eating a can of condensed soup without adding the water (I swear it was an accident). The music must follow suit. Huge, epic, bombastic music does work for certain trailers, but that’s only a means to an end. That end isn’t size, but intensity.

Trailers need to make you feel strong emotions quickly. Here are some thoughts on ways to achieve that intensity and structure it to be useful for an editor.

Usually, the first thing you learn about trailer music is the “Three Act Structure.” A trailer may have an intro to reel you in and prime you for the vibe of the film, an exposition of story or characters, and a final act whose main goal is to generate excitement. A trailer cue is usually constructed of these sections as well.

Musical character should present itself right from the first note

Continuity
‍An editor can use the entire cue, one section of it, or perhaps only a few seconds. One area where folks get lost is not having musical cohesion between the various sections of a cue. If an editor wants to use a few notes from your first section, but jump to a few seconds of your climax to use as emphasis, and then go backwards to use a part in the middle of the cue, those bits should still flow together in a musical way.

A cue that has a singular musical idea that is succinct, clear, and focused is much more useful to an editor than something that meanders. If the editor wishes to change gears, they will cut to a different cue. That musical character should present itself right from the first note, and stick in the DNA of the entire cue as you build build build!

Motion
Motion and movement in your music are key to helping pace a trailer and to help it build. It is also easier for an editor to cut into something that has pace than in the middle of a droney pad. Trailers are always pushing forward with increasing vigor hoping they push you right into that theater seat, and that’s how a trailer cue should feel.

Segmentation
Finally, make sure to give the editor plenty of moments to get in and out of your cue cleanly. This often means full stops in the music between sections. Singular hits built within the cue also give an editor a tool for emphasizing quick cuts or dramatic moments.

A trailer cue is actually often very simple in a musical sense. Complexity can sacrifice intensity and power. The “size” of a cue comes from delivering those simple musical ideas in a powerful way. A memorable hook, motif, arpeggio, or chord progression can be the focus of your cue. Latch on to those one or two key elements and don’t cloud it. Everything else is there to support that key idea and help it grow.

Many of us are familiar with that huge epic trailer sound. It’s harder to achieve than it seems. Simply piling stuff on top of each other can not only result in a muddy mess, but even sound smaller than intended due to phase cancellation or fighting frequencies among parts. Instead, every element layered in must bring something new to the timbre table.

Whether layering live players or sample libraries, the goal is to choose complementing sounds. For short strings, you may want to layer in a very tight, dry spiccato library with one that has less of an attack but more body or early reflections. Together they create a new, thicker sound.

It can help to visualize a three-dimensional box. The up and down dimension represents frequency low to high. Left to right is panning, and front to back is dry vs wet sounds. When you layer in a new sound, try to place it in this box where it’s not bumping into other elements. For instance, when layering thick toms or taikos that might have a lot of frequencies in common, panning them away from each other can give them their own space.

Intensity comes from clarity and super focus of intention

Intensity comes from clarity and super focus of intention. Yes, a huge orchestra blaring away one quadruple forte note can do the trick, but so may a solo violin or some other unusual instrument playing right up in your face, close and personal. Think about Billie Eilish’s practically whispered vocals, or the oft used ticking clock sound in trailers. It doesn’t get much smaller or quieter than the tick of a clock. But all by itself, over gritty visuals cut to each tick? Trailer history!

Every trailer cue you write should be singular in its purpose. One musical gesture that intrigues you at first, makes you curious as it grows, and knocks you out of your chair when it comes to fruition at the climax. And when you break for lunch, make sure you read the directions on the soup can. 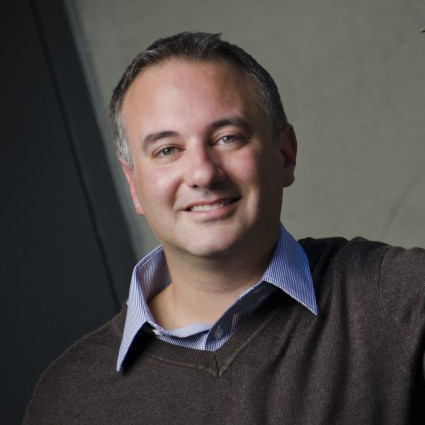 Mike Rubino is one of the premier composers of movie trailers for family, adventure, and animated Hollywood films. His music has helped advertise hundreds of studio tentpole films over the last 18 years. Mike is currently scoring the animated Nickelodeon series, “It’s Pony!” He has also contributed music to television shows such as “Survivor” and “Days of Our Lives” and video games such as “Honor of Kings” and “Battleborn.”

Mike earned a degree in music composition from UCLA and resides in Los Angeles with his wife, kids, and an espresso machine named Buzz. Find him online at mikerubinomusic.com.

In this episode of Reel Stories, Louis Robert King discusses his work as a composer and orchestrator and how he often takes on projects that he never would have predicted, including a recent project with the band The Ironsides. This interview offers a glimpse into Louis‘ process as a creator and how he approaches opportunities in an ever-changing creative landscape.

EPKs 101: What every artist needs in their electronic press kit

An EPK, or electronic press kit, is a must-have for any musician or singer-songwriter looking to make an impact in the music industry. Whether you're starting out and just getting your name out there, or you've been around for a while and are looking to take your career to the next level, having an EPK is key. So what exactly goes into an EPK? Well, that depends on who you ask. But there are definitely some essential elements that every EPK should have. Here's a look at eight of them.