We sat down with the Hollywood composer Christopher Lennertz (The Boys, Lost In Space, Horrible Bosses) to talk about how important demo reels are, and how using ReelCrafter’s metrics can help make every pitch better than the last.

Full transcript of the video interview is below.

Hi, my name is Christopher Lennertz, and I’m a composer for film, TV, and video games and I’ve done things like The Boys and Lost In Space, Ride Along, and others, and I’m here today to talk about ReelCrafter.

Why are demo reels so important?

Demo reels, I think, are of utmost importance to getting a job as a composer, really, regardless of your level in the industry and how busy you are, and even regardless of how well you know whoever the director or producer might be on a project.

Because there are always lots of people involved. There are many people who want to know what your plan, or what your pitch, is for that kind of movie or show, be it at the studio level or music supervisor level. So everyone wants to be able to hear. And so it’s an easy way for me to show everyone involved with the project what I can do.

The process of sending demos before ReelCrafter was not a lot of fun. I’ve been around long enough that I can actually admit to pressing start and stop on cassette decks, lots of “toasters and coasters” that did not work in the old CD-burning days.
But more recently, it’s been a lot of, you know, sending zip files via, you know, Dropbox and WeTransfer, and ridiculous things like that, and it’s just, literally, text on a computer file.
It doesn’t feel like anything. It doesn’t feel like there’s any vested creative interest in it. There’s nothing worse than feeling faceless or personality-less, especially when you’re submitting to people who you don’t know or someone you’ve never collaborated with.

There’s nothing worse than feeling faceless or personality-less

It was time (it was actually long overdue)for something like ReelCrafter to come along where you can easily change the order of things and actually have it look like a very specific demo.
I mean, I think that’s probably the most important point. By sending it through ReelCrafter, I can
have my personality shine through in terms of my stuff. I can certainly tailor things so that a particular project is addressed. You can make sure that the graphics or things actually specifically
make sense.

Little things like that, they’re subconscious. But when they’re looking at twenty, thirty composers sometimes, and they have to make a big decision, anything we can do as a composer to feel like we have tailored not only the music but the whole presentation for that particular movie—that project. It instills a lot of confidence in whoever’s hiring us, and I think this goes a long way to doing that.

How does ReelCrafter improve collaboration?

Before, when I would do a reel, especially if I was working with either my agent or my assistant, or both, I would literally have to zip files. Send them. Delete files. They would add files. And there was no way for us to have one solid hosted place where it was the only version of that.

So things would get lost, and things would be named weird. And so, for me, the best part is the fact that I can easily have my assistant jump on and say, okay, I’m going to take a shot at reordering this and putting the action queue up front.
“I just heard that that’s more what they’re looking for.” Or “You know what, they really love cues with vocals.” and that’s, especially when I’m not necessarily even around, sometimes I might be making a reel from London, or wherever.

We can make sure that we can all be involved in the process. But it takes a lot of the pressure off me as the composer to spend all the time doing it. And it still ends up being the best sales pitch because it’s so focused for the project that you’re specifically going for.

And that’s, I mean, that puts you ahead of the game, definitely.

The tracking feature is really amazing. We were talking about before when we didn’t know who was watching, who was looking, who was listening to our reels. We didn’t even know if someone had listened.

What we used to have to do was follow up and say, “Have you heard it yet? Have you listened?” Which never feels great, and there’s a lot of pressure in it.

And now you don’t have to do that. You don’t want to be the pest who has to call and bug anybody. You want to just be able to know, okay, they’ve listened; they listened a bunch of times. They only listened once? “Okay, well, I guess I know how that went too.”

And it’s just nice to be able to know that without having to get into that awkward situation of bugging someone who’s really busy. And the amazing thing now is not only can you see what they’ve listened to; did they listen to the whole thing? Have they gone all the way through? Did they repeat it a bunch of times?

It helps not only with that reel and with this job, but to know, I mean, there are certain cues that I may love that people aren’t listening to over and over again. There may be cues that I didn’t think
were all that special or attention-grabbing and, you know, if I send enough reels and I start realizing, “Oh my God, everyone’s playing that track. Wow, I should make sure that’s like number one every time I send it out.”
And so I think that’s really important.

Before ReelCrafter came along, there was nothing like this. I was waiting. I mean, like all of us, all of my colleagues and I were waiting for some sort of a program where we could do this exact thing.
And it’s like they were listening. It’s really the right product for exactly what we needed. Which is, of course, because it was made by composers. 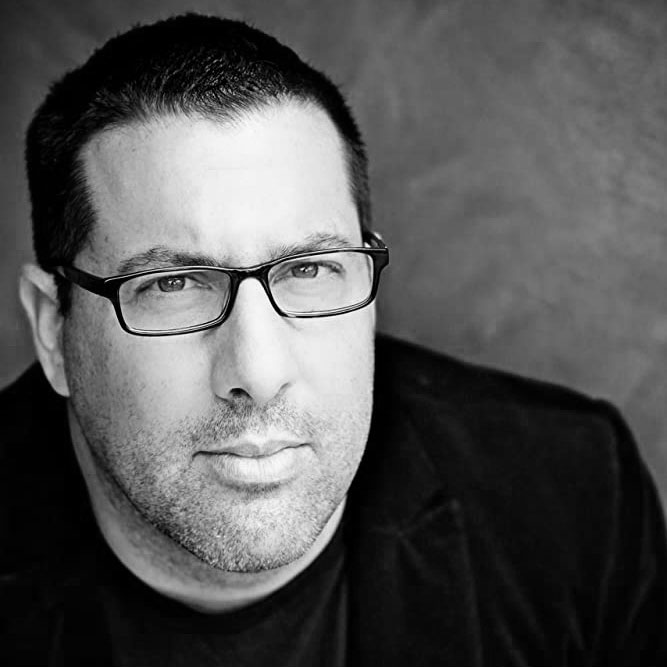 Chris Lennertz has written music for some of the world’s greatest storytellers and has worked in almost every genre imaginable and spent weeks on Billboard charts. He has an Emmy nomination for the cult hit Supernatural, a Grammy for his arrangements on Ozomatli’s album Street Signs, and twelve BMI awards for blockbusters like Bad Moms, Horrible Bosses, Ride Along, and more.

Equally comfortable on the small screen, on stage, and at festivals, Chris has written eclectic scores for Marvel’s Agent Carter and Sundance award-winner Adam for Fox Searchlight. He has written with Broadway legends David Zippel, Glenn Slater, and Oscar and Tony winner Alan Menken.

Ultimately mixing his love of storytelling, his eclectic background, and his relentless passion for all styles of music, Chris has become one of the most valued and sought-after composers in Hollywood today. You can find Chris at christopherlennertz.com.

Why you need a (ReelCrafter) demo reel

Are you an artist looking for a way to showcase your talent and skills to potential clients and partners? A demo reel, also known as an EPK, showreel, sizzle reel, or one-sheet, is a powerful tool for presenting your best audio and video work and demonstrating your capabilities as an artist. But creating a demo reel can be intimidating, especially if you’re not sure where to start. This blog post will explore why having a demo reel is important for your career and how ReelCrafter is the best choice for presenting your work to the world.

Everything you need to know about cue sheets and music royalties

If you’re a musician, you’ve probably heard the term ‘cue sheet’ before, but what exactly is it, and why should you care? Cue sheets are documents that list all the music used in a particular broadcast production, including who wrote it, who owns the rights, and how to contact them for permission to use it. They’re an essential part of the music licensing process for film and tv. Properly submitted cue sheets ensure you get paid performance royalties for your work. In this article, we’ll explain what cue sheets are and how to make sure your music tracks are ready for them.